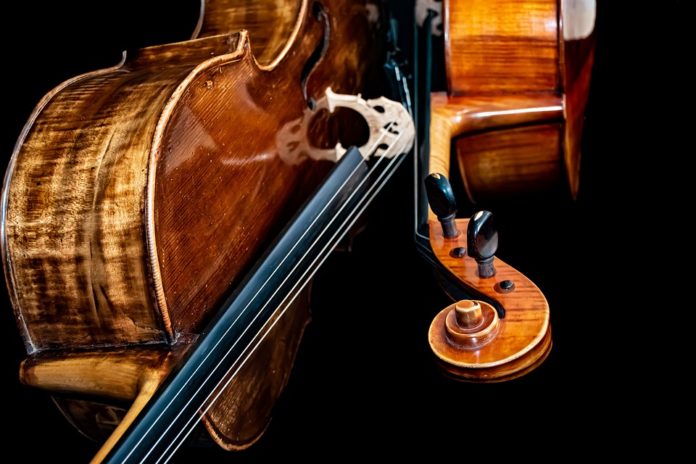 φύσις κρύπτεσθαι φιλεῖ
-Heraclitus (DK B123)
“The eye’s plain version is a thing apart,
The vulgate of experience”
-Wallace Stevens, An Ordinary Evening in New Haven
The world is a repository of meanings, some of which are easily gleaned from the surfaces of things—from “the eye’s plain version”–and others apparently recondite but soliciting our interpretation nevertheless.
Meaning can be self-effacing, as it is when, for example, the signification or significance of a thing conceals itself in the play of surfaces that constitute its appearance. What is plain to the eye or ear may be misleading or misdirecting; a surface can obscure as much as it can reveal.
{the} nature {of things} likes to hide, an album of two long collaborative compositions by violist Ernesto Rodrigues, cellist Guilherme Rodrigues, and myself on prepared double bass and granular synthesizer, draws an aural analogy to the way meaning discloses itself and conceals itself, sometimes at one and the same time.
The organizing trope for both pieces is the effacement of meaning—a deliberate hiding of the thing and of its nature. The thing in this case being the instrument, the double bass, the nature of which is to be a large stringed instrument producing resonant, deep-pitched tones with a rich overtone structure.
The two pieces making up {the} nature {of things} likes to hide were conceived and recorded at a time when I was scoring a dance piece with the same title. For this new, purely musical instrumental piece I wanted to dig deeper into the implications of the fragment—what it could be saying and what it could be saying specifically in the context of an instrumental composition.
The title of the piece is my own interpretive translation of a fragment from Heraclitus (B123 in the Diels Kranz system): φύσις κρύπτεσθαι φιλεῖ . The key word in the Greek text is “physis,” which can mean “nature”—the natural world—, or “a thing’s nature,” meaning that which it is. The ambiguity of the word, whose first surviving appearances in a philosophical context are in this and other of Heraclitus’s fragments–consists in its way of not holding to a logical distinction between the concrete and the abstract. My translation plays on both meanings: Ignore the bracketed words and “nature likes to hide;” bringing them in yields “the nature of things likes to hide.” For these two pieces, the second reading dominates; what’s hidden is the nature of the thing under consideration—the nature of the instrument providing the foundational layer for these two pieces. But the first reading is active as well, if in a subordinate way.
Both pieces were built up in a two-stage process. The basic tracks consist of a prepared double bass performance and a double bass performance recorded and subsequently run through a granular synthesizer. On top of this foundation Ernesto contributed a characteristically subtle and sensitive part, as did his son, Guilherme. The individual parts may have been improvised to varying degrees, but the finished pieces are compositions: Carefully constructed wholes put together with an ear toward finely-balanced plastic relationships.
For both pieces, the sound of the bass was effaced: On the first piece, through the use of preparations, extended techniques, and a porous structure deliberately left open to ambient sounds, and on the second piece, through the electronic manipulation of recorded sound. Through these various means, the nature of the instrument—its peculiar sound signature—is hidden. If we could accept for a moment the notion of a metaphysical essence, we could say that it has been effectively negated, or made to transcend itself toward its own negation.
But the first meaning comes into play as well. Consider that nature, as the sum of physical phenomena, conceals itself by revealing itself indirectly through clues and implications. For example, a sudden upsurge of wind may indirectly signal a downpour; a peculiar black-green tinge to the sky may imply the coming of a tornado. By the same token the physical phenomena of the music itself–the pitches and phrases played on the double bass–conceal themselves behind the screen of preparations, extended techniques and electronic manipulation. On this reading, these means of concealment function as clues implicating the source of the sound. The effaced sound is a hint pointing toward something—toward itself, if we can decode it.

In the end, {the} nature {of things} likes to hide embodies the two faces of effacement: As concealment, and as clue. 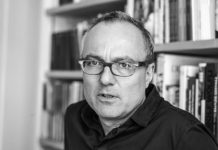 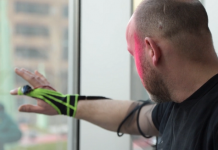 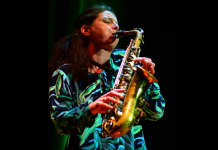