Home Daniel Barbiero's page Marco Colonna Solo
Facebook
Twitter
Pinterest
WhatsApp
In his latest release, Foraminifera [Plus Timbre PT075], Roman multireedist Marco Colonna takes up the challenge of one of the riskier—and potentially most revealing—formats for a conventionally monophonic instrument: the solo performance.
Colonna, who on Foraminifera plays clarinet and bass clarinet, has a history of flourishing in austere environments. Last year’s Medea, the self-titled album of his duet project with drummer Cristian Lombardi, featured him on saxophones and electronics. That nine-track, live performance found Colonna and Lombardi importing some of their own structured variations—anchored in modal forms and regularly cyclical rhythms—into what is often an occasion for free-form expressionism. The recording demonstrated the versatility of Colonna’s playing when in concert with only percussion and the simple elaborative supplement of loops and other basic electronic effects. On Foraminifera, of course, even this minimal support is bracketed out, leaving Colonna alone in rapport with his instruments and his ideas.
That this rapport is a particularly intimate one is established from the start. For the first track, Colonna dismantles clarinet technique and separates it out into its most fundamental elements: the rush of air through a tube. On other tracks, Colonna creates intriguingly abstract soundscapes by exploring the sonic properties of similarly basic elements, whether bringing in the voice—that most elemental of musical instruments—or playing air notes and sounded notes in a kind of parallel motion, or foregrounding the palpable buzz of the reed. The performance on one track goes so far as to simulate the sounds of a flute–simply by playing the clarinet without its mouthpiece. But Colonna also plays in a more conventional manner, drawing snaking, legato lines and negotiating leaps of register, or creating a rising and falling cascade of long phrases strung out along the path of a slowly building crescendo.
A very fine example of solo performance.
Daniel Barbiero 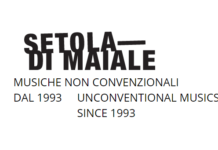