Home Daniel Barbiero's page The Nabatov String Trio & Z-Country Paradise
Facebook
Twitter
Pinterest
WhatsApp
Within various streams of contemporary music the notion of genre seems to be something that exists in a state of suspension between persistence and nothingness–as an inheritance to be confounded or a perverse ideal of purity to be compromised, all in the name of creating new music that more accurately reflects the mutable state of the art. Two recent releases from Leo—Situations, by the Simon Nabatov String Trio, and Live in Lisbon by Z-Country Paradise, present two very different crystallizations of music out of the post-generic flux.
Nabatov’s piano trio, the makeup of which represents a variation on the classical piano trio, includes Gareth Lubbe on viola and Ben Davis on cello. The music is influenced by classical textures and interplay, but includes improvisation as well. The trio’s dual personality reflects Nabatov’s own musical background; born in Moscow in 1959, he studied at the Moscow Conservatory and then, after emigrating to the US in 1979, at Juilliard. His interests had turned to jazz by then, and he began to get deeply involved with that music. In fact, earlier this year Nabatov put out a Bandcamp release of his solo performances of several jazz classics that have been in his repertoire for years, aptly titled Tunes I Still Play.
Situations integrates both halves of its musical equation through the intelligent combination of directly lyrical playing and some of the more abstract, sound-based performance techniques associated with contemporary classical music. The opening track, for example, features a background of borderline unpitched, feedback-like playing from Lubbe and

Davis, which serves to frame Nabatov’s expressive chromaticism. Sunrise Twice again has the strings as a framing device, but this time they play sustained chords that microtonally drift in and out of concordance while the piano plays a Lydian-flavored line that itself becomes more dissonant as the piece develops. Rhythm and motion bind together these otherwise often very different performances; even when explicit rhythms dissolve into the ebb and flow of pulse or rubato phrasing, the music maintains its sense of movement.
In contrast to Situations, which even through its passages of sound-based playing retains a quintessentially acoustic sound, Z-Country Paradise is an uncompromisingly electric ensemble. Put together by German alto saxophonist/bass clarinetist Frank Gratowski, Z-Country Paradise is a European multinational group consisting of Serbian vocalist Jelena Kuljić, Finnish guitarist Kalle Kalima, and electric bassist/vocalist Oliver Potratz and drummer Christian Marien, both also from Germany.
Live in Lisbon was recorded at the Jazz em Agosto Festival in Lisbon in August, 2016; with the exception of the fourth track, it represents a live performance of the group’s eponymous 2015 album. The group’s music, most of which was collectively composed or improvised, provides an angular setting for poetry by Arthur Rimbaud (in English translation) and the Serbian-American poet Charles Simic. Z-Country Paradise ground their

playing in a hard-driving rock that veers off into noise, electrified free improvisation and punk-inflected anarchy, with a focus on the off-center charisma of Kuljić’s fully-invested recitation. Matching poetry to music is an extremely difficult thing to do effectively, but Z-Country Paradise succeed; their incendiary sonic explorations perfectly complement Rimbaud’s hallucinatory language and Simic’s starkly surreal imagery. 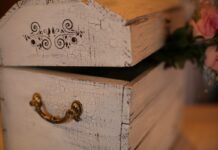 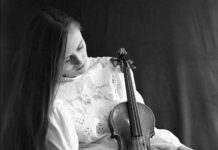 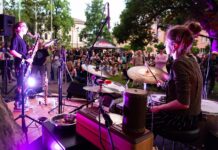