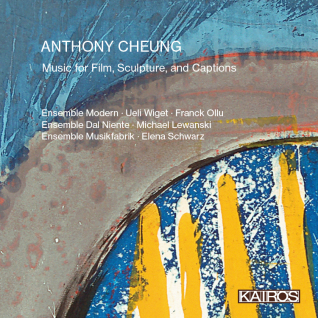 It’s just as the title would have it. Music for Film, Sculpture, and Captions, the fifth monograph album from composer Anthony Cheung, contains three works written for, or inspired by, film, sculpture, and closed captioning. As with Roundabouts, his 2014 monograph album, Music for Film, Sculpture, and Captions features larger ensembles, which gives Cheung, a composer with a special sensitivity for timbral contrast, the opportunity to draw on an expansive palette of instrumental colors.

The opening piece, A line can go anywhere: Concerto for piano and ensemble (2019), is a three-movement work written for the Ensemble Modern and pianist Ueli Wiget that was inspired by the sculpture of Japanese-American artist Ruth Asawa (1926-2013). Asawa was noted for creating delicately ramified sculptures of looped and tied wires, whose light- and space-filled forms imply volume through shape rather than mass. Cheung’s concerto plays with the contrasts between occupied and empty spaces through the opposition between the piano and its orchestral accompaniment. The piano, as the sound surrogate for Asawa’s sculptures, throws out a filament of fragmentary, skittering lines whose interstices are filled by the surrounding strings, winds, and brass. In the first movement these latter tend toward independent, individual lines, while in the slow second movement they are grouped into fused masses. The agitated final movement suggests the experience of perceiving an object from shifting perspectives—an appropriate way to apprehend Asawa’s wire sculptures, whose elaborately traced shadows throw out dynamic patterns when seen from a mobile viewpoint.

Conceptually, the single movement The Natural Word, also from 2019, is the most intriguing work on the album. Written for the Ensemble Dal Niente in collaboration with video artist Tristan Cook and professor of writing Sean Zdenek, the piece represents the translation into orchestral music of the written captions used to describe for the hearing impaired the sounds appearing on film, video, and other audio-visual media. Zdenek, whose academic work includes the analysis of the rhetoric, necessary selectivity, and contextualizing force of closed captioning, collected a set of sound-descriptive captions, which served Cheung as a kind of ur-text from which to craft musical analogues. Many of the sounds described by the captions are natural—wind, birdsong, the sounds of frogs and seagulls, thunder—but others are more abstract and, presumably, challenging to put into music. This is where Cheung’s mastery of the timbral potentials of orchestral instruments comes fully into its own. The liner note helpfully sets out the script Cheung followed, with timings, so that the listener can follow along and hear exactly how Cheung interpreted sounds made by fog horns, white noise, EKG machines, heavy breathing—and even the sounds of an “orchestra playing tender melody.” The result is a cohesive soundtrack suggesting a narrative logic one can’t quite put one’s finger on—like experiencing a dream or watching a film with peripheral vision only–but which nevertheless makes perfect sense. At a more prosaic level, Cheung’s orchestrations of the sounds described—low strings for ships’ horns; glissandi on high strings for wind blowing; fused strings and winds for the EKG machine—mimic their models to an uncanny degree.

The final work on the album is null and void (2021), written to accompany a silent film called Stump the Guesser by Guy Maddin, Evan Johnson, and Galen Johnson. Like The Natural Word, null and void suggests actions and objects in the physical world through episodes of instrumental mimesis. The sense of narrative here is created through the more conventional soundtrack craft of suggestive harmonies and dynamics. Although written for film, the piece, performed by Ensemble Musikfabrik, can stand on its own as an independent concert work. 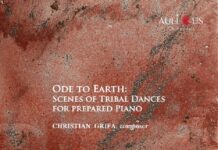 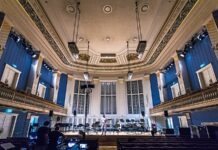 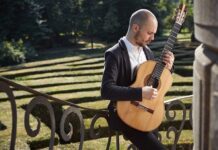